All the builders and service personnel who have turned out in this worthy project for improving our capital city, Today we have the honour to be creating another significant landmark in the history of Pyongyang’s development. The Eighth Congress of the Workers’ Party of Korea and the Second Plenary Meeting of the Party’s Eighth Central Committee held earlier this year took the decision to construct 50 000 flats in our capital city during the five-year plan period by building 10 000 every year, while pushing ahead with housing development across the country.

The most worthwhile and glorious revolutionary undertaking of all the momentous and gigantic fighting tasks decided by the Party Congress is being fully launched today.
Building 50 000 modern flats in Pyongyang, the capital of our great country, is something our Party has long intended, prepared for and aspired to, in order to provide its citizens with more cultured and stable living conditions. The Party and the government, having made themselves aware of the number of families that were in need of new houses, conducted in-depth research to determine the measures for solving the problem. They regarded this project as their most important task.

Having willingly acknowledged that this colossal project would be an honourable revolutionary task that it must implement without fail, however challenging the conditions and environment, the Party Central Committee reaffirmed that its architectural development plan and construction policy would be based on the principle of applying the people-first principle more thoroughly. It redefined the orientation and priority of the work, ensuring that a significant part of the state construction budget was allocated for building houses. Then, with the plans and preparations already made, it introduced the policy of building 50 000 flats at its Eighth Congress.

This large-scale house-building programme introduced by our Party and state is not designed for the pursuit of financial profit; it is an ennobling undertaking to turn the state’s assets and the fruits of their creative labour into benefits for the working masses. If, starting today, we build 50 000 flats by 2025 when we will mark the 80th founding anniversary of the Party–10 000 flats every year–we will have built almost 70 000 flats, including the more than 16 000 that are currently under construction. Thus we will have solved, once and for all, the problem of housing for the citizens of the capital.

Carrying out such an audacious and expansive house-building programme in the capital is very important also in demonstrating the unquenchable fighting spirit of our state and people as they continue their bold advance in the face of manifold difficulties.

As you must all be aware, a great deal of thought went into deciding on this project.

To be honest, that a project on such a massive scale could be launched in today’s circumstances, when the challenges and difficulties are harsher than ever before, is almost unimaginable. The construction of 10 000 flats this year will be carried out in circumstances that are entirely different from when we started building Ryomyong Street five years ago; moreover, the amount of work we must complete in a limited time is many times greater than it was back then.

Yet our Party decided that the project must go ahead unconditionally, since it will have a direct impact on the life of the citizens of the capital, and since it is an important political undertaking in the first year of implementing the decisions of the Party Congress. We have the proud dignity and courage that we are undertaking such a gigantic and magnificent project in the most trying times; we also have the self-confidence, experience and assets for completing it without fail.

By completing the iconic multi-storey, high-rise apartment buildings in the Songsin and Songhwa area, as depicted in the artist’s impression, by the end of this year, we will, once again, display to the full the power of our state and the creative strength of our people. 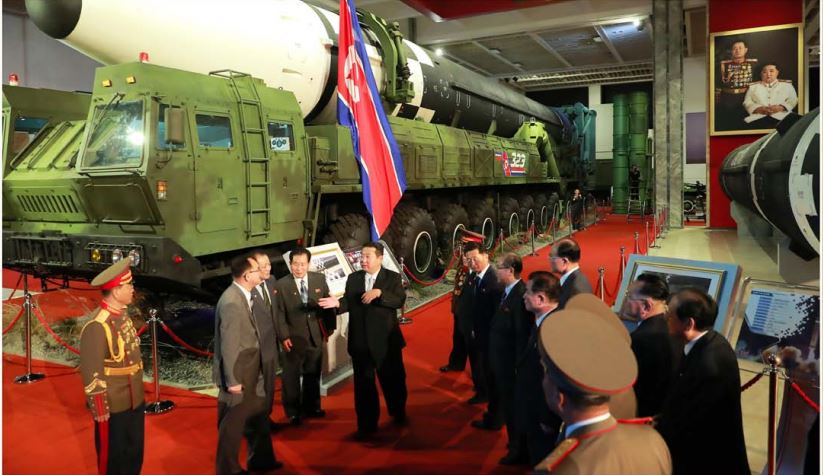 In the course of this, a further major advance will be achieved by our Juche-oriented architecture, and greater momentum will be gained in ensuring that construction serves the aim of creating a new life of our own style by our own efforts and with our own hands.

We will introduce the latest architectural techniques and construction methods, such as green architecture and dry-building, in an aggressive and innovative manner. We will also further expand and strengthen the foundations of the industrial bases producing building equipment and materials, and will work to make our construction units and builders stronger and more highly-skilled. This grand construction project will be of monumental significance in the history of the capital’s development.

The project of building 50 000 flats, which we are launching today, is a historic undertaking for creating modern, large-scale residential streets and expanding the urban areas of Pyongyang, the capital city, to the east, west and north. Building 10 000 flats and distinctive public buildings every year in the Songsin, Songhwa, Sopho, Kumchon and September 9 Street areas will transform our national capital in a more magnificent fashion, and make these streets monuments to the most arduous yet glorious third decade of the 21st century.

The citizens and their offspring who will live in the new streets we are building will, for many generations to come, remember as heroes the builders of our era who overcame such terrible trials to build these huge, world-class architectural groups. 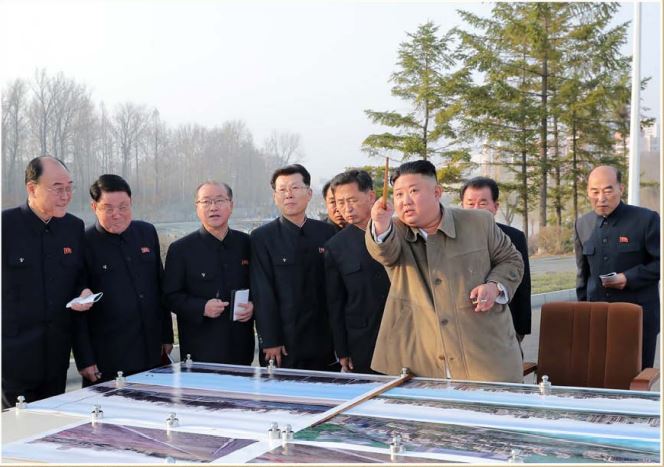 The large-scale construction project we are launching today is a truly great undertaking for writing a glorious chapter in our history.

Construction combines the intelligence of an era with the strength of the nation concerned, and represents a major stride towards a civilized lifestyle and development.
Today, as we advance to achieve development and prosperity, upholding the principle of our-state-first, this project will constitute a major area of thrust, symbolic of the era in which a fresh upsurge and transformation are being recorded in socialist construction. 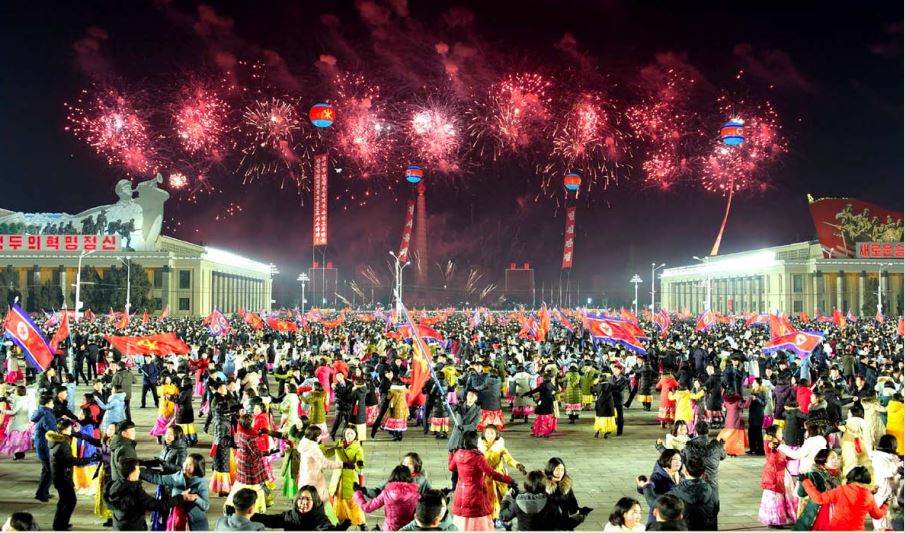 Through this project we will make a further improvement to the appearance of our capital city and usher in an era of a fresh dynamic advance, in the course of which socialist construction will be confidently developed, step by step.

In the planning of this massive project, the Party Central Committee paid primary attention to forming the major forces that would play the main, most powerful role. First and foremost, in the decision-making process, it put its trust in our revolutionary armed forces, which are boundlessly faithful to the Party and the people. The People’s Army, while performing its mission and responsibility of staunchly defending the country and people, has always played a major role in making life better for the people.

It has performed heroic feats in numerous grand construction projects and in the rehabilitation of areas ravaged by natural disasters. Only when it undertakes major projects can victory be guaranteed in our overall construction work. No one knows our People’s Army as well as I do.

I am convinced that the officers and men of the People’s Army will, by giving full play to their militant traits in the creative struggle for carrying out the construction work, prove themselves fully worthy of the expectations of the Party and the people.

Success or failure in this grand construction project is dependent on the leading officials, service personnel and civilian builders who are directly responsible for it.

The policy on construction of our Party and state, and the guidance they give to it, are ultimately translated into reality by the leading officials with their creative enthusiasm and endeavours, and by our builders, in whose ardent patriotic spirit and skill our Party believes, above all else.

The task facing the design sector is paramount. 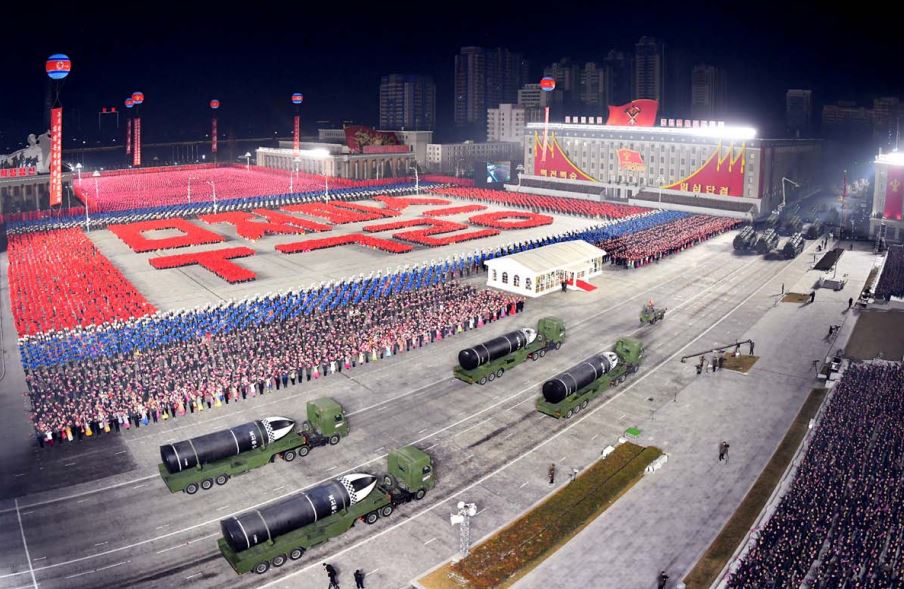 Construction is a highly creative undertaking, and buildings are becoming aesthetically appealing, artistic, multi-functional and intelligent. This adds to the importance of the design.

What our Party asks of the design sector is that every single dot and line placed on a blueprint should reflect the ideology, essence and vibrant spirit of our times and embody the noble ideals and standards of a civilization that can proudly take the global lead.

Based on the street formation and design plans that have already been decided and issued, the designers should ensure that all the designs for the buildings are perfected so that they fully embody the Party’s concept of architectural aesthetics, and should submit them to the construction sector as soon as possible.

All the construction units responsible for building operations should start work immediately and execute their daily, weekly and monthly plans without fail, in accordance with the schedule of completing the buildings’ frameworks within the first half of this year. Every construction detachment and unit should focus its main energies on improving the quality of construction, and consistently hold fast to the principle of ensuring quality throughout the construction process.

If every official and builder maintains at all times the stance and attitude that their loyalty, patriotism and conscience will be proved by the Party, the state, the people, posterity and history, all the structures will become outstanding creations of our times both in name and in reality.

The construction supervision sector should, by enhancing its role, ensure that the construction policy of the Party and state is executed, the people’s demands and interests are met in full, and the safety of what they build is guaranteed.

The materials and equipment needed for the construction of 10 000 flats must be supplied on a priority and timely basis.

The factories and enterprises that have been assigned to the production of cement, steel and various other building materials and equipment should fulfill their production quotas properly and on time by giving full play to the revolutionary enthusiasm and creativity of the working class. By doing so, they can ensure the success of the housing construction in the capital.

The railway and other transport sectors should launch a vigorous campaign for stepping up transport to ensure the prompt delivery of the materials needed at the construction sites in the capital and at the bases where the steel and other building materials are being produced. We should give precedence to political work and the ideological offensive in all our undertakings. Doing so will encourage the soldiers of the People’s Army and the other builders to give full play to their loyalty, patriotism and creative wisdom. It will also ensure that all the construction sites are seething with high spirits, from a project’s beginning to its end.

Ultimately, it will ensure that we not only enlist the masses in the worthwhile construction struggle, but also turn the capital city’s massive construction sites into fierce revolutionary battlefields and excellent schools where a new spirit of the times is generated and courageous activists and stalwart socialist working people are trained.

Taking good care of the health and living conditions of the soldiers and other builders engaged in the construction should also be treated as a matter of utmost importance. Supply services for the soldiers and other builders should not be left solely to the units concerned. Rather, the state supply system should be scrupulously observed to ensure that each builder is given his exact entitlement.

Today we are breaking the ground for this project, and in several months’ time a brand-new street for the people, a splendid architectural group we can all be proud of, will be built here.

Nothing is more worthwhile, honourable, or happier, for us than to dedicate our sweat and passion, without hesitation, to building an ideal street that will be a warm cradle for our people, who are the best and greatest in the world.

For the future of our more beautiful and magnificent capital,

For our parents, brothers and sisters, sons and daughters who will create and enjoy here a new, more cultured life to their heart’s content, and

For the brilliant implementation of the decisions of the Eighth Party Congress,

Let us all fight with vigour! 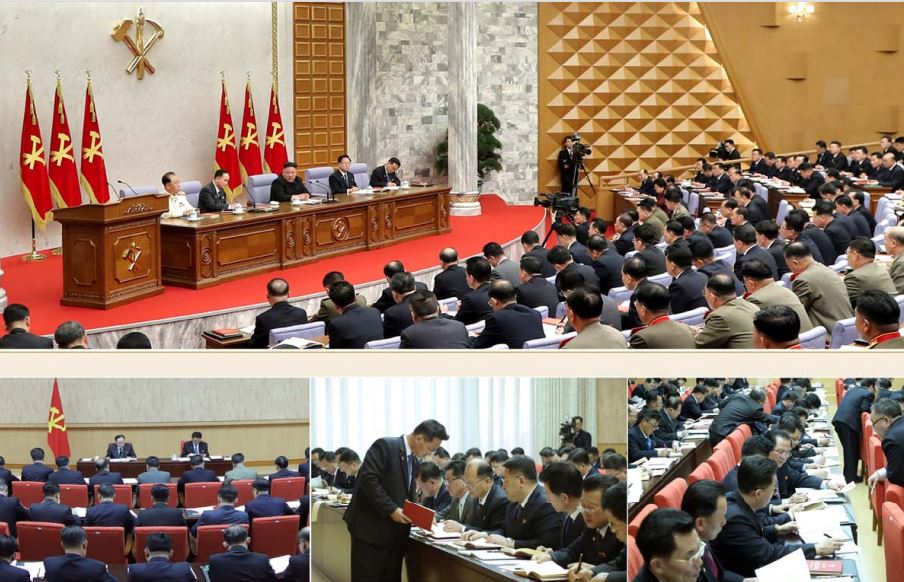 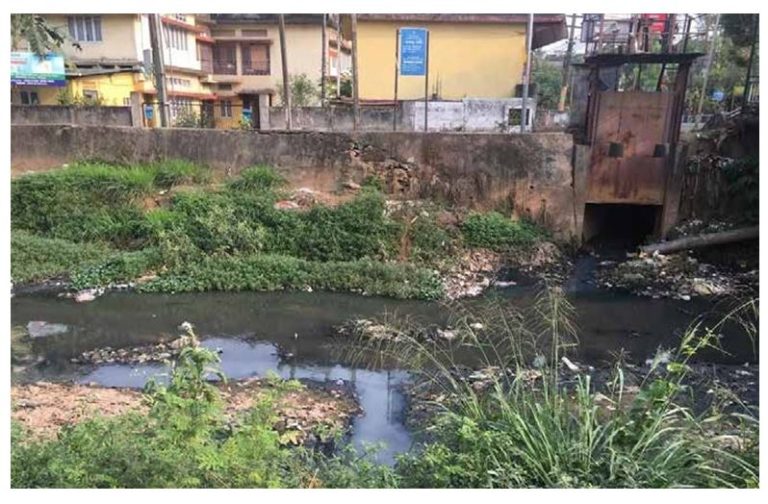 Indigenous People are not monolith RETURN OF THE TIGER Plight of Half Widows in Kashmir