He Jinakui was denounced as highly unethical after he announced the experiment to the world in 2018 and imprisoned later next year in China. In fact, as per reports, a local court there found that He and his colleagues ‘crossed the bottom line of ethics in scientific research’. As the time went by while He has since been released this April, the children, born to volunteer parents who took part in the research in 2018, are now toddlers. While Lulu and Nana were born healthy, their status now remains under the wraps. And as they grow up fast, the scientific community now faces a litmus test as to how to care for their well-being and any side-effect from the scientist’s experiment while simultaneously respecting and protecting their private lives.

He sought to equip Lulu and Nana with a version of CCR5 that is naturally present in about one per cent of Northern Europeans though East Asians typically carry a different type. But the twins who were each supposed to have a pair of modified CCR5 from each parent-rather ended up with totally a new version of genes due to editing errors. While one of Lulu’s copies had 15 base pairs deleted, the other remained unaltered. However, Nana has an extra pair in one copy while four were deleted from the other.

This has led to conflicting views on the issue with some experts in the field saying the best way to provide them with special protection is to set up a centre to perform surveillance, regular or irregular examination and treating them and caring for them while they fall ill, which may be caused by genetic abnormalities, others opine they can’t be treated distinctly from the rest.

In fact, the data in He’s manuscript suggested that there were off- target edits. And He described some of these edits found in placenta tissue as well as umbilical cord tissue but dismissed them as the ones they saw were not in genes. However, this showed the edits were happening, according to Musunuru, adding their location can’t be predicted and hence this may happen in a gene related to cancer thus increasing the risk of developing early in life. This is the biggest clinical risk.

Yet another alarming finding is that these edits were different from one cell to another thus making their consequences even more unpredictable. 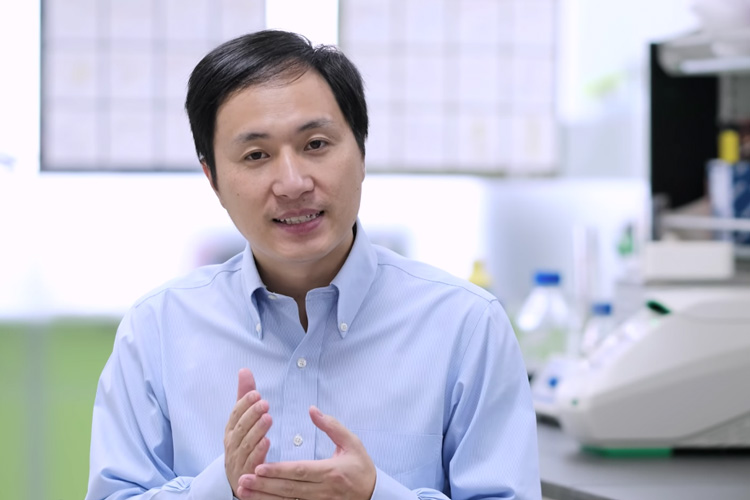 In fact, some of them are of the view that the kind of health care chosen for the first three gene- edited children may face lifelong consequences including having a child. While gene editing may have generated harmful mutations in their genomes, these would probably be present only in some cells or tissues. Studies suggest these second generation CRISPR children may have a higher probability of passing harmful mutations on to their own children.

However, one way out for them could be to only have children through in vitro fertilization to allow exhaustive screening of their eggs and embryos to be sure that a worrisome mutation is not inherited. While a more drastic approach would be sterilization, preventing these three children from passing on their genes, it may face resistance as most people would consider it highly unethical. It may be noted here though that the Chinese government is reported to have forced women from the Uighur ethnic minority group to be sterilized, a charge it obviously strongly rubbishes.

Qiu Renzong, a bioethicist at the Institute of Philosophy at the Chinese Academy of Social Sciences maintains the proposed research centre would not only treat all such children but also improve gene-editing technology to make it safer for future, legal use. This is because heritable genome editing is banned in many countries.

But at the end of the day, the final decision rests with the Chinese government as the situation is rather unprecedented. This however shows the scientific research has no barrier- ethical or experimental-in the quest for sure results.

The ground reality is that China has come a long way from harsh one child policy to two and now even more. Liberal loans and other incentives are offered to couples to have more children since the country is beset with adverse demographic problems with older people and less younger ones which cannot sustain the growing economy. In such scenario it is yet to be seen how this genetically engineered humans will work.